The best way to spice up your event is to add a live element. For a Punjabi Wedding, nothing beats adding an amazing Dhol Player and Live Boliyan Artist to engage your crowd. Last weekend we got to share the entertainment stage with 2 of Northern California’s best, and our good friends Gary Bassi and Raju Dholi. The 2 did an amazing job engaging the crowd. Bol Punjab De was there to help with logistics. Check out this short clip of Gary and Raju.

After much anticipation, the Bol Punjab De music camp is set to release their debut single Chak Deya Ge, August 9th, 2012. The single will be available on I-Tunes and other major electronic outlets. The single features the production talents of Harvi Bhachu and the powerful voice and lyrics of Sati Chohan, both based in California, USA. Both Harvi and Sati have collaborated many times in the past for underground projects, but are now ready to share their sounds with the world. Accompanying the track will be a music video with an original twist and cinematic feel also set to be released on August 9th, 2012.

No stranger to the bhangra scene in California, Harvi Bhachu began as a DJ specializing in remixes. Harvi also received musical training specializing in the dhol from the world renowned Ustad Lal Singh Bhatti. Over the years of training, Harvi has also learned a variety of Punjabi instruments not just limited to the dhol, but also the tumbi, dholak and harmonium. In the past, Harvi gained underground notoriety for his remix of the song “Gera De Patlo” and his production on the religiously driven track “Teer” ft Gill.

Sati Chohan entered the music scene in 2008, and began his work as a lyricist for artists such as DJ Vix, Surinder Shinda, and Sukwinder Pannchi. Sati’s lyrics are a combination his life experiences and feelings of modern Punjabi culture. His most recent work was featured recent as a lyricists and composed on Kalikwest volume 1 which was released in 2011. Starting earlier this year, Sati took the next steps in his musical journey sharing his powerful and folk voice on a variety of underground hits and now on the song “Chak Deya Ge”.

Do stay tuned as there is much more to come by this dynamic duo!

Recently Harvi and I joined a new Pakistani band called Impact. After our first performance together at Pakistan’s Independence Mela at the Alameda County Fairgrounds in Pleasanton CA, the team regrouped at the hotel and had a little jam session. Check out the video clip, hope you guys like it.

Check out this clip of Bol Punjab De in the mix July 3rd 2011 at the San Francisco Design Center Galleria. At this gig we had the opportunity to work with Sukhi Dholi, AMPD, Virse De Waris, and Raginder Momi aka Violinder. Bay Areas favorite bhangra djs rock out with a massive sound system, full intelligent lighting set, including lasers and high definition visuals.

Shout outs to DJ Kam from Division A for the support and BFL, my sound and lighting crew.

Check out this clip of the Bol Punjab De Roadshow live in San Ramon, CA for a private wedding reception, with myself, Dj Nix in the mix and Harvi Bhachu and Sukhi Singh on the Dhols.  The crowd is going nuts as we drop a desi bhangra mix. Enjoy.

Harvi and Ladla are cooking up a new track. Trying out some new ideas for their upcoming tune “Pichle Janam De Mel”. Check it out and let us know what you think.

Whats up everyone,
This past weekend the Bol Punjab De team got to hang out and share the stage with Vancouver’s Finest, EN KARMA. Check out these video clips of Pioneer Bhangra 2011 and AfterShock III, featuring En Karma, Youtube Fame Jus Reign, and some of bay area’s best Bhangra teams.

Cant Kick off the New Year with out recapping a few good events from last year. 2010 was full of fun and exciting events for Bol Punjab De, hopefully this year will be even more exciting. We promise to post more videos a lot more videos this year. 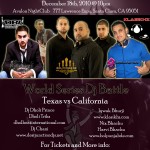